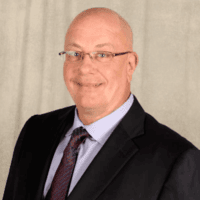 Nestlé is known throughout the world for being a purveyor of candy, but their empire expands far beyond confections. The conglomerate also owns brands of bottled water, pet products, health-care products, and frozen foods. While these brands don’t always include the Nestlé moniker on the packaging, they are still owned by the Swiss food and beverage giant. It’s no wonder that Nestlé is the largest food company in the world.

The team at WyomingLLCAttorney.com took a look at the variety of Nestlé products sold around the world to create a map of just how much this massive multinational company owns.

What Does Nestlé Own?

The company is known for its massive candy portfolio, but many people may not know that these are also Nestlé brands:

The list of companies owned by Nestlé has grown exponentially through the years and encompassed a vast collection of brands, ranging from pet food to health devices.

To become the world’s largest food company, Nestlé has acquired many other successful food and confection companies. The following are some of their most notable acquisitions:

While these Nestlé subsidiaries once stood as independent companies, they are now a part of the Nestlé umbrella.

Nestlé is not without its controversies. The most famous involves their baby formula marketing. Critics accused the company of aggressively marketing their baby formula products in less economically developed countries in the 1970s, claiming that their products were healthier than breastfeeding. This led to a Nestlé boycott in the United States and parts of Europe that lasted from 1977 until 1984, when Nestlé agreed to follow an international marketing code put forth by the World Health Organization. Similar allegations were made in Pakistan in the 1990s and China in the 2010s.

The company has also been accused of using child labor for cocoa production on West African plantations. In February of 2021, Nestlé was named along with several other chocolate manufacturers in a class-action lawsuit accusing them of knowingly engaging in forced labor.

Nestlé Waters has also come under fire. Some communities have criticized Nestlé for tapping water from springs that may be taking away from residential water use during times of drought. This has resulted in accusations that Nestlé views water as a commodity to make money rather than a human right.

Want to display this infographic on your website? You can copy the below code and paste it into your website.

Everything Nestle Owns
Oldest Companies in the World
Oldest Companies in the USA
Women's Suffrage in Wyoming
Wyoming Landmarks
Business Presentation Resources
How to Write a Business Plan
Video Editing Business Skills
COVID-19 Business Resources
Protect Your Business Patents & Trademarks
The Invention of the Limited Liability Company: Wyoming History
How to Start a Photography Business
The Importance of Math in Business
Wyoming Renewables: Learn About Wind Energy!
Business Studies: Broadcasting and Its History
Saving for Retirement: Decoding 401(k) Plans
The Biggest Companies in the World, by Country
Wyoming's Famous National Park: A Guide to Yellowstone
The Hiring Process: Staffing Your Small Business