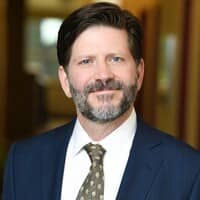 More commonly known as “company tax”, corporation tax is directly paid on the income of a corporation. Although these taxes are often specified by the country that the corporation was formed in. Corporate taxes are always considered a levy that is placed on the profit by the government. Local taxes exist as well and vary from state to state.

How Corporate Taxes Work in Delaware

Corporate taxes were created as a method of generating revenue from corporations. These taxes are paid based on the operating earnings of a corporation to the United State government. There are a few tax-exempt items which include:

In the United States, as of 2020, corporations must pay a federal tax rate of 21 percent. In 2017 this rate was pushed up to 35% but was reduced by the Tax Cuts and Jobs Act. There is a huge amount of revenue generated from corporate income tax. In 2019 alone this number was $230.2 billion which accounted for 6.6 percent of total federal revenue.

Taxes that Need to be Paid by Corporations in Delaware

Filing a U.S corporate tax return is required by every corporation. This tax form is an IRS Form 1120. It is due on March 15th each year, or in quarterly payments to the IRS by the 15th day of the 4th, 6th, 9th, and 12th months of the tax year.

Because federal corporation taxes are the same in every state, this 21% tax rate remains the same. In Delaware, the corporate income tax is 8.7% for C corporations and any taxpayers taxed as corporations federally. There are also a few other forms of taxes required to be paid by corporations.

The first type of corporation that is created when filing as a corporation, is a C-corporation. Despite this, any corporation can attempt to elect S corporation status as long as they qualify. If you choose to do so, then you will pay your taxes in a different manner.

Dividends are not tax-deductible and are monetary amounts that are distributed to the owners. These dividends must be reported, and you will be required to pay income tax on these amounts (known as the dividend tax). When it comes to dividends, corporations will be taxed twice, once to the corporation and again to the shareholders.

What Expenses are Tax-Deductible?

Because corporations are able to reduce taxable income due to business expenses, it is important to understand what is tax-deductible for your corporation. Tax deductions can help to reduce the profits in which you are required to pay taxes, bringing your overall tax rate down.

Overall paying corporate taxes can be beneficial for business owners in huge ways. Rather than paying additional individual income tax, corporate tax returns allow you to deduct medical insurance for families as well as fringe benefits. This can include retirement plans, tax-deferred trusts, and makes it easier to deduct losses as well.

Since a corporation can legally deduct the entire amount of losses, there will not be a need to prove evidence of this intent to earn a profit before the deduction. This is required of a sole proprietor.