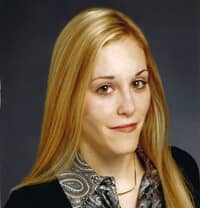 What is a Medicaid Trust?

Medicaid is a program designed to assist with the ever rising costs of health care. Qualifying is not automatic, but with our assistance you can meet the requirements. You can also retire comfortably, without having to gift assets early, draw down your savings or forsake giving your hard earned wealth to family.

Put simply, when the government determines whether to assist you financially there are exempt and non-exempt assets. Our trusts are structured so that the assets you place in them are considered exempt from the government’s calculations, but you still retain control of the assets and may live off their income. Our Medicaid trusts are an example of a Wyoming asset protection trust.

The legal name is an Irrevocable Income Only Trust (IIOT). Don’t let the name scare you. You may change the beneficiaries at anytime and you retain full-control over the assets during your lifetime, including the ability to live off the income they produce. Our trusts begin at $5000. We have helped thousands of clients just like you, across the U.S.A., with their asset protection and Medicaid planning.

What Does Medicaid Cover?

Medicaid is a joint federal-state program that provides health insurance coverage to low-income children, seniors and people with disabilities. In addition, it covers care in a nursing home for those who qualify. In the absence of any other public program covering long-term care, Medicaid has become the default nursing home insurance of the middle class.

As for home care, Medicaid offers very little except in New York State, which provides home care to all Medicaid recipients who need it. Recognizing that home care costs far less than nursing home care, a few other states—notably Hawaii, Oregon and Wisconsin—are pioneering efforts to provide Medicaid- covered services to those who remain in their homes.

While Congress and the federal Health Care Financing Administration set out the main rules under which Medicaid operates, each state runs its own program. As a result, the rules are somewhat different in every state, although the framework is the same throughout the country.

Long Term Care is Expensive, Most People Will Need it And Few Know How to Protect Their Assets From Medicaid

Many of us will be unable to afford to pay for the long term care we are likely to need as we age. Certainly few families can pay $90,000 a year to a nursing home. Even fewer wish to give their life savings to the government instead of their children. Even given these facts, most have not begun Medicaid planning to insure against the likelihood they will need long term care someday.

Many consider extreme Medicaid planning strategies such as bankruptcy or divorce. Others engage in spend down strategies which leave them with purchases they care little about and a home which will eventually be seized anyway due to the aptly named Death Tax.

Afraid you cannot qualify for Medicaid because of your assets or income?

Generally, only when you run out of money to pay for nursing home care, does the government begin assisting. Forming a Medicaid Trust will save you from these nightmare scenarios. Don't worry about giving away assets too early, losing control of your finances or feeling helpless. Let us help you avoid making these and other common mistakes.

The numbers are terrifying. According to the U.S. Department of Health and Human Services two-thirds of people 65 or older will someday need long-term care assistance at home, in an assisted living type facility, or in a skilled nursing home. Over 40 percent will need care in an expensive nursing home for at least some period of time.

Currently the average annual cost of a semi-private room in a nursing home is over $90,000 a year.

The average person will need approximately 2.5 years of care, or 6.5 years if they develop Alzheimer's. That’s $225k and $585k respectively. These exorbitant costs can place a big financial, physical, and emotional burden on your family.

If you structure your finances correctly, you can qualify for Medicaid without going broke. Do you want to protect your assets from Medicaid and the so called Death Tax? Allow us to help you and contact us today.

Options are available to people who have the wisdom to use them. This can be used to protect both the home and other assets, including investments, for your spouse, children or other heirs after your death.

Medicaid Estate Recovery forces the sale of things, like your home, that you own when you die. So one way people try to avoid the recovery program is to give things away before they die.

People sometimes try to protect their homes from nursing home costs and estate recovery by giving the home outright to their children. This is a common mistake. They plan to rely on their children to “do the right thing.”

While this strategy may ultimately protect the home from Medicaid Estate Recovery, it carries many risks. It’s not as simple as it seems. One problem is that deeding your home to your children will make you ineligible for Medicaid for a long period of time. You may have no way to pay for that care. In some states, maybe Wyoming, maybe not, there are filial responsibility laws, the nursing home can then sue your children who may end up being personally responsible to pay for your care.

I discussed above a number of common techniques seniors use to protect their homes from loss to Medicaid estate recovery at their deaths. Most require advance planning, but not all. My discussion has included the use of trusts, life estate deeds and exempt transfers. There are other techniques that I have not discussed that may also be appropriate depending on your circumstances.

Please consult an experienced asset protection attorney BEFORE you act. Recognize that most lawyers attorneys do not practice in this area. Be careful!!!!! Don’t transfer the ownership of your home without getting the best advice possible. There are many issues to consider and traps for the unwary, especially vis-a-vis irrevocable income only trust taxes. Most attorneys are not experienced in Medicaid and long term care planning. They may be able to prepare a deed for you, but that doesn’t mean they understand the Medicaid consequences and trust forms. Seek the help of an attorney who is an expert in this area of the law. Do not make these common Medicaid planning mistakes.

The planning that will work best for you will depend upon your particular situation and the laws of your state. If you are concerned that your family home will be lost because of the overwhelming costs associated with Alzheimer’s, other dementia, Parkinson’s, stroke or another disabling condition, see an elder law attorney in your state soon. The laws regarding Medicaid and Estate Recovery differ from state to state – you need to get expert advice from a lawyer who knows the laws of the state where you live or your assets won't be protected from seizure.